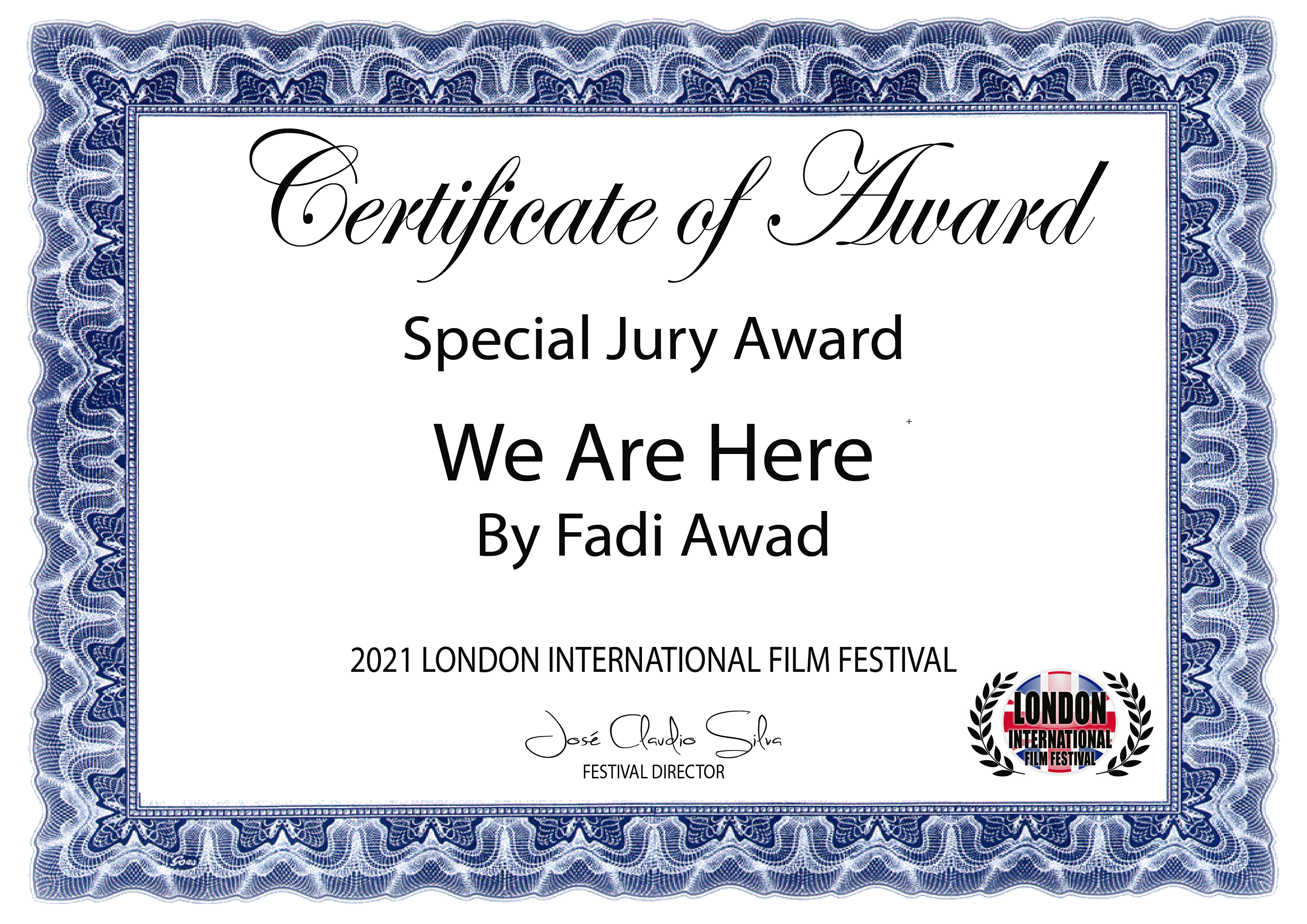 It was a wonderful Red-Carpet event in the Whirled Cinema, London – UK on the 21st of October 2021, where the results of the big “London International Film Festival” have been announced. And between the Winners names, it was good to see the name of the Multi-Awards Winner, the Billboard, Music Week, and Multi-Charted Artist Fadi Awad winning THE SPECIAL JURY AWARD with his huge music video “We Are Here”!… This is Fadi’s third big Award in London after winning previously in the “Latitude Film Awards” and in the “Golden Nugget International Film Festival”!

In his related Press interview, Fadi thanked The Organizers, Judges, and Crew of the London International Film Festival for the appreciation, as well as his supporters for their continuous appreciated support, and added: “It’s such a big Honor to win in this important festival. London is one of the cities that I love the most in the world, and a leader in the Music Industry. I feel humble and proud at the same time… My team and I are changing gradually a lot in our strategies and we’re preparing to launch good new projects that suite the future in many Countries, including in UK, and we’re very excited about that. Our doors are always open for serious projects and collaborations and sponsorships. We always work based on “Win-Win Deals” and prefer to work with those who have the real capacities to understand us. Many things are changing in the world, some to better and others to worse, so those who ride with us the same train are most welcome!”

Congratulations to Fadi Awad on this very important well-deserved new achievement, wishing him the best of success all the way!