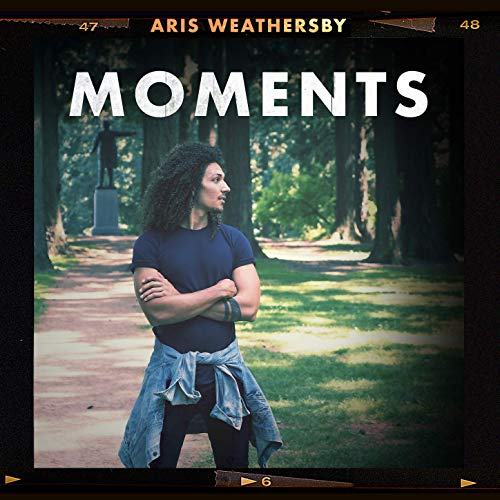 Following on from the success of Aris Weathersby single “Elevation” on UK Radio and television he is now releasing his second single ‘Moments’.

Every so often a fresh new talent is discovered. Aris Weathersby certainly falls into that category. Born and raised in California Aris has it all, good looks, a great voice and original self-penned songs that you can’t help but enjoy.

His vocal and guitar style is a heady blend of the wide and eclectic music he has been listening to for so many years and they range from luminaries such as Jimi Hendrix, Chaka Khan, Ray Charles and Green Day.

Aris Weathersby talks to London FM in this video interview.

Aris was keen to improve in not only his vocals but musicianship and 2013 he enrolled in the music school at the Musician’s Institute where he was finally awarded a Bachelors in guitar performance in September 2016.

Following his three years at music school he then served his apprenticeship playing guitar in local bands. Some of the highlights were gigs at Disneyland, Sea World in San Diego, The Pineapple Festival in Florida and wineries throughout Southern California.

Aris has long held the dream of writing and recording his own material and in 2018 he was introduced to Tony Mantor of Plateau Music. Tony was so impressed with Aris that he offered him studio time. Later that year Aris recorded his first single “Heartbreak”. That release gained massive airplay on radio stations not only in the US but overseas and allowed Aris to up his game where he played at larger venues across California.

The new single Moments is now available on Plateau Music.