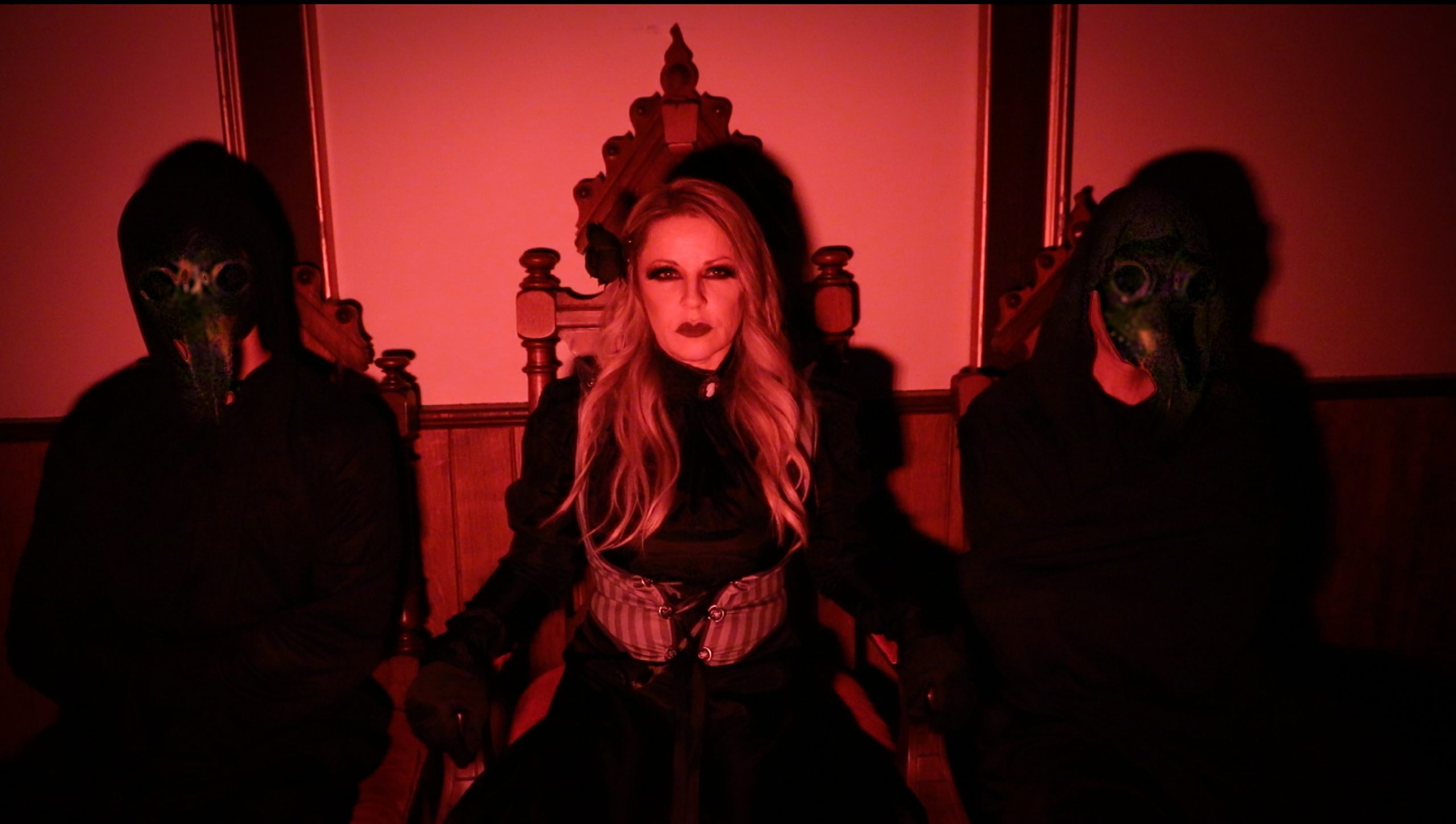 The head of music for londonfm.digital said he loved the new single ‘All My Lies’ from ‘Apricity’ with it’s big well produced alternative rock sound, and powerful and catchy melodic vocals that blast out of the speakers, and get you on the Indie rock dancefloor with it’s majestic wall of warm and pounding pop rock sound. The single is now on the playlist daily and will be played 2-3 times a day in general rotation + as a powerplay daily at approx 12:45 PM UK time for a month.

Months after bursting out onto the music scene without so much as a warning, Scottish-born, Puslinch, Ontario-based singer/songwriter Apricity has released her debut single and video, the alt-rock extravaganza, “All My Lies” — available now.

The Puslinch-based powerhouse first released the five-minute track back in October along with a spooky music video, which was directed by Jesse Read of Dropout Entertainment and Toronto Creative; the enchanting song and accompanying short film has already amassed more than 120,000+ streams across platforms — including 80,000+ on YouTube alone.

Sonically, the immediate smash-hit covers ground from alternative music to pop, over to rock and then back to indie. Though it might seem like a darker song, given its moody lyricism, it’s an easy one to tap your feet and sing along to.

Produced by Thomas McKay, “All My Lies” genuinely offers the listener a healthy variety of sounds — really good ones, on that note. Apricity herself says the direction of her music was fuelled by the creative inspiration of female trailblazers like Shirley Mason from Garbage; Alanis Morrissette; and Blondie’s Debbie Harry.

“I want to sing songs that move me,” Apricity said of the song. “I wouldn’t want to have my name on something I didn’t feel, and this song resonated with me on multiple levels.”

Though elements of Apricity’s musical abilities are reminiscent of many critically acclaimed female-fronted rock bands including Paramore, Evanescence and Lacuna Coil, Apricity — like those before her — has really brought something fresh to the modern rock scene with her music. In “All My Lies,” not only does she pack an unmistakable punch with her honest and emotional vocal delivery, but she’s even found herself with one of the catchiest (and most heartbreaking) tracks of 2020.

“‘Cause I’m the one who needs you / Lost in the end / I’m the one who breaks you / I did it again / I will never be the girl in your head / Can’t take anymore,” she sings in this earworm of a chorus — with a perfect blend of attitude and melody. This woman has what it takes to make a name for herself. Seriously, check it out!

Taking her moniker from the Latin word meaning “basking in the warmth of the sun,” “All My Lies” marks the culmination of a passion that has followed the recording artist all her life.

Even before immigrating to Canada as a youth, Apricity was a lover of the arts. At a very young age, she sang at pageant shows before auditioning for the U.K.’s iconic and ongoing ‘Top of the Pops’ show. Before kicking off her solo career and releasing “All My Lies,” she even appeared on multiple kids’ TV shows, before dabbling in musical theatre and enrolling at the Corona Stage School in England’s capital.

Now, on the cusp of what could be a big turning point in the singer’s life, she is nothing but grateful for the good fortune that has come her way so far.

“I feel so fortunate with respect to the way things have played out for me,” Apricity says of her breakthrough. “This whole experience just seems surreal. It is something I’ve been dreaming of for such a long time.”