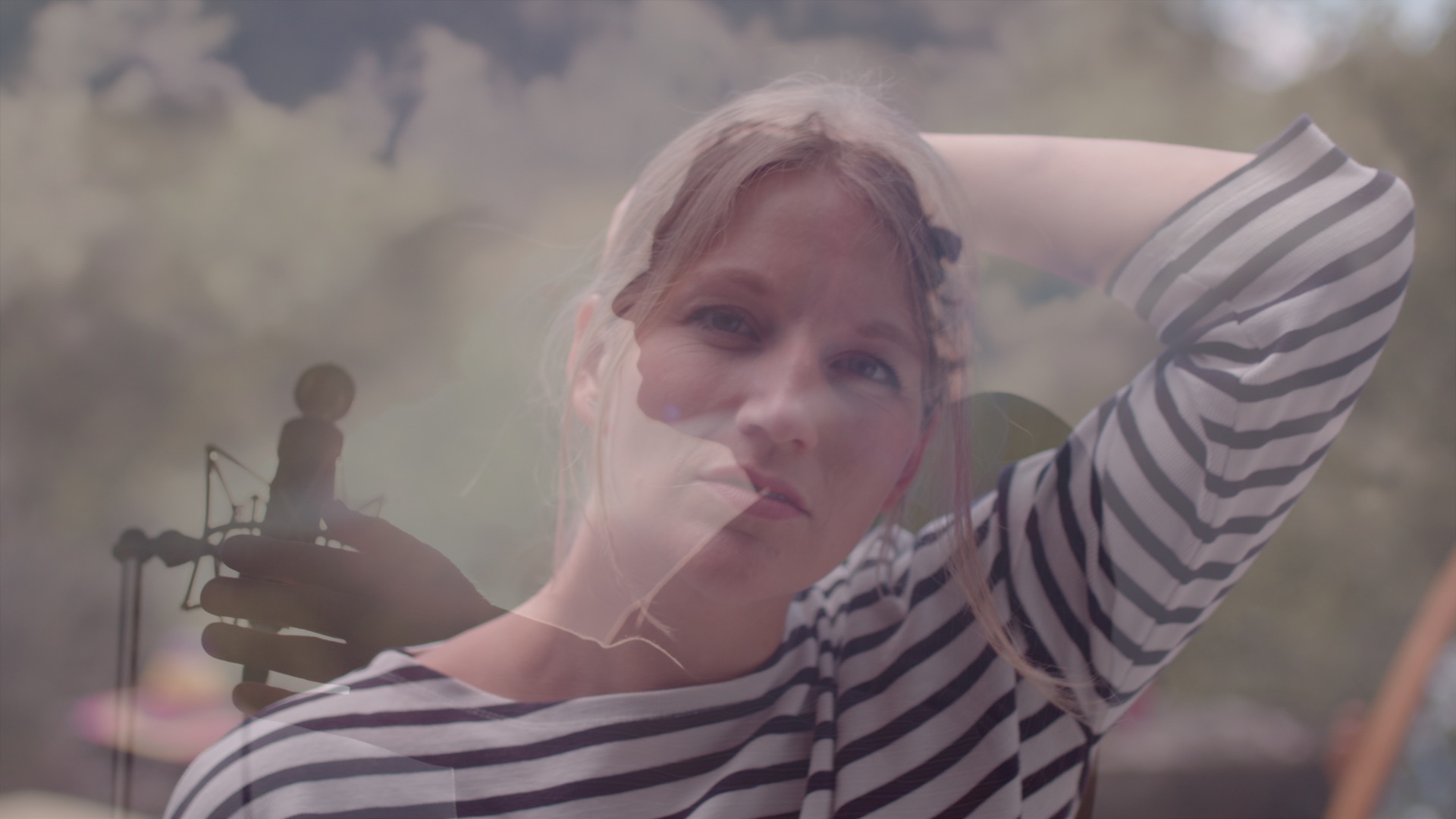 The head of music for londonfm.digital said he loved the new single ‘Ecoute’ from “AbsolutUnsa” with it’s Kraftwerk meets Visage esque synths, beats and dreamy production under mesmerizing spoken and sung vocals and melodies. The single is on the playlist now and will be played daily 2-3 times + as a daily powerplay at 4:30 pm UK time for a month.

“AbsolutUnsa” French/German group founded after the meeting of Sara and Sylvain in Cologne, between Berlin and Lyon. Despite their differences, the chemistry was not instantaneous, but rather the result of hard work, complete openness, uncompromising sharing, and an ever-growing passion for our differences and their interplay. We don’t try to be the other; we try to harmonise, to complement each other, to unite even in our “faults” in an attempt to bring out the good qualities. It’s not an easy thing to do.

Two worlds, two lives, two completely different universes that have come together in so many ways.

In the beginning, our goal was just to have fun musically. A first EP was released. We had only one ambition, that our future selves would enjoy hearing our unpretentious creations 10 years later. We were really happy with this first achievement, both the work and the end result, and our friends and family started to get into it too. So we pushed the adventure a little further, by working on our creations but also by exploring the records of French, German and other artists in piano and vocals. This is how we write, through improvisation. A piece of text or a melody, on the piano or with the help of a glass bottle, something pleases us, brings us together, we pull the strings. Once the acoustic part is over, we move on to the electro part because we resonate with it too. We started off on the legendary Akai MPC, which had just been re-released as the MPC Renaissance, until today, when we’re rocking the X version.

When I first met Sara, it was on a piece of paper, a CV, where she presented herself so well, so clean from every angle, the shirt closed to the last button that I wanted to check for myself if it was possible to be so innocent. I already knew that her innocence masked many other things. When I met her physically, I immediately saw a woman with presence. When she is there, she occupies the space. But without imposing, without causing any disturbance. Her laughter is attractive and surprising; she’s a real character. It’s true, she’s an innocent woman… but now I know more. I immediately wanted to defend her, to defend this simple, fascinating and at the same time complex being.

Sylvain is an artist like no other I have ever met before. An artist with all his heart, with all his convictions. He was the one who got me to sing, by saying that he thought I had a good voice.

Yes, that’s how Sylvain is. He feels and sees the things in you in the moment. He has visions; he commits himself and fights for his convictions. He doesn’t compromise; he doesn’t try to be nice and doesn’t care what others think of him.

He has his own way of seeing things, and he can very quickly engage people, captivate them, even fascinate them.

“Écoute” (“Listen”) is life with more femininity, a projection onto another life, another accomplishment, where the woman has a place of her own in full self-realisation. We will not experience this day in our lifetime, but that does not prevent us from wanting it, from trying for it, from living it. It is a feminine vision, without necessarily being feminist. The world thinks in terms of the sexes, and we want to think in terms of  human beings. A woman has the right to think like a man, or not; a man has the right to think like a woman, or not. Our world has been built on a single vision, that of a phallus. See how a phallus thinks, and you will say to yourself that we can and must help it. Poor phallus, we ask too much of it. It has always been difficult to enjoy yourself and think at the same time. Women will be free, not when they live on an equal footing with men, which will only be a stage in the process, but when they are considered as human beings like men, with their own rights, their own dreams, their own desires, their own needs, etc.

We had already dealt with this subject with many words that can be found in an unpublished song that may or may not come out of our archives one day.

Afterwards, we tried an acoustic performance of Gainsbourg’s “L’eau à la bouche”, performed by a woman. It changes everything; it tells the rest of the story that he wasn’t able to write. A way of restoring balance. The understanding of women in the 1970s was a very reductive view of women. In our creation, Sara’s music, the woman can continue to play her role of muse, but she can also need one, to inspire her, because she too has things to say. This is a far cry from “aniseed-flavoured lollipops”, for example. (For the record, it also works with “je vais et je viens entre tes reins”.) The use of the masculine form “je me laisse au gré, au gré du courant, porter dans ton lit, le lit du torrent” sums up our approach. The man lets himself be transported by the woman, by her being, simply human, by what she offers. Gainsbourg, described as a genius, was also one of the bad guys. When we see him talking to Catherine Ringer, Whitney Houston, even worse, his daughter. Yes, it’s art, yes, it’s great, but it’s not all well and good. He provokes, and we talk to him in the only way that is respectful of him and probably also speaks to him, by provoking him in our turn. “Viens petite fille”, that’s not for us at all. We listened to it. We couldn’t help it; it was and is being played everywhere, on all the radios, so yes, we also want our point of view to be heard.