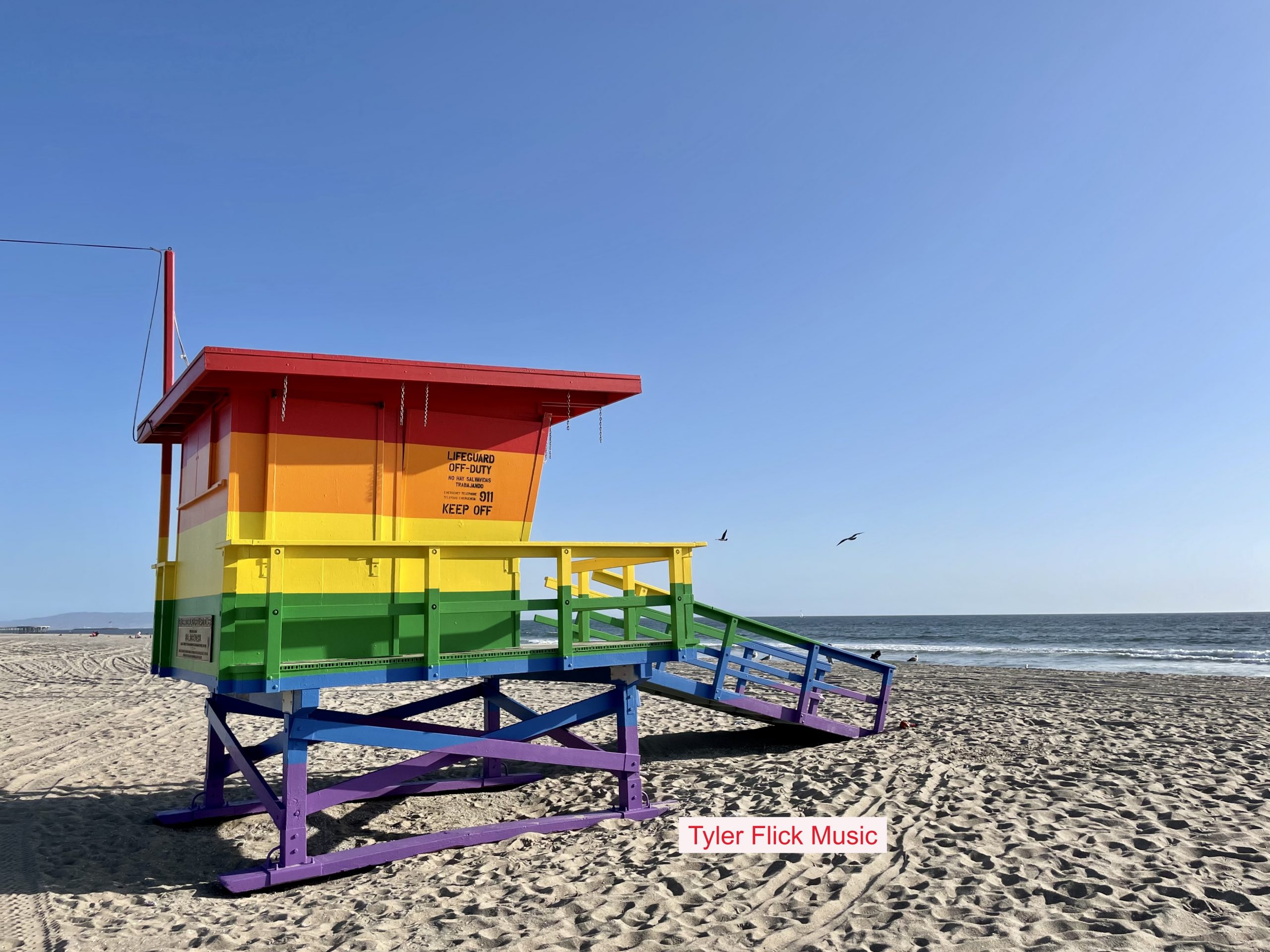 The head of music for londonfm.digital said that he loved the new single ‘Rainbow Lifeguard Tower‘ from ‘Tyler Flick‘ with its melodious, relaxing and heartfelt vocals, warm flowery 60’s esque wall of sound production and golden tinkling sound, that is unique and introspective. This touching and melodic single is now on the daily London playlist and will be played day and night in general rotation + as a special powerplay at approx 9:30 AM UK time every day for a month or more.

Tyler Flick is a Singer/Song Writer from a musical family, noteworthily the grandchild of Vic Flick who was a part of the 1960’s Rock and Roll British Invasion with his famous guitar playing for the “James Bond Theme Song”, his work with The Beatles, Tom Jones, Petula Clark, and many others. Tyler grew up in the Los Angeles, California area and is half Mexican on their mother’s side and has French influence from their French stepfather. Their musical family had Tyler learn piano from the young age of 5 to establish a musical foundation. They found that they preferred singing and lyric writing most of all. Tyler Flick is a proud member of the queer (LGBTQIA+) community. Tyler Flick has also worked in film and has had their documentary work “Homophobia Is Gay” about homophobia/queerphobia on school campuses featured in The Los Angeles Film Festival run by The Los Angeles Times. Their love of art extends to stand up comedy, drawing/painting, and beyond.

The Song “Rainbow Lifeguard Tower” was released on December 30th, 2022 on Tyler’s birthday. It is about a real lifeguard tower painted rainbow on the beach that Tyler likes to hang out at where he feels accepted and safe. He aims to make his listener feel safe, accepted, happy, and loved imagining being in this magical place he has found as well.