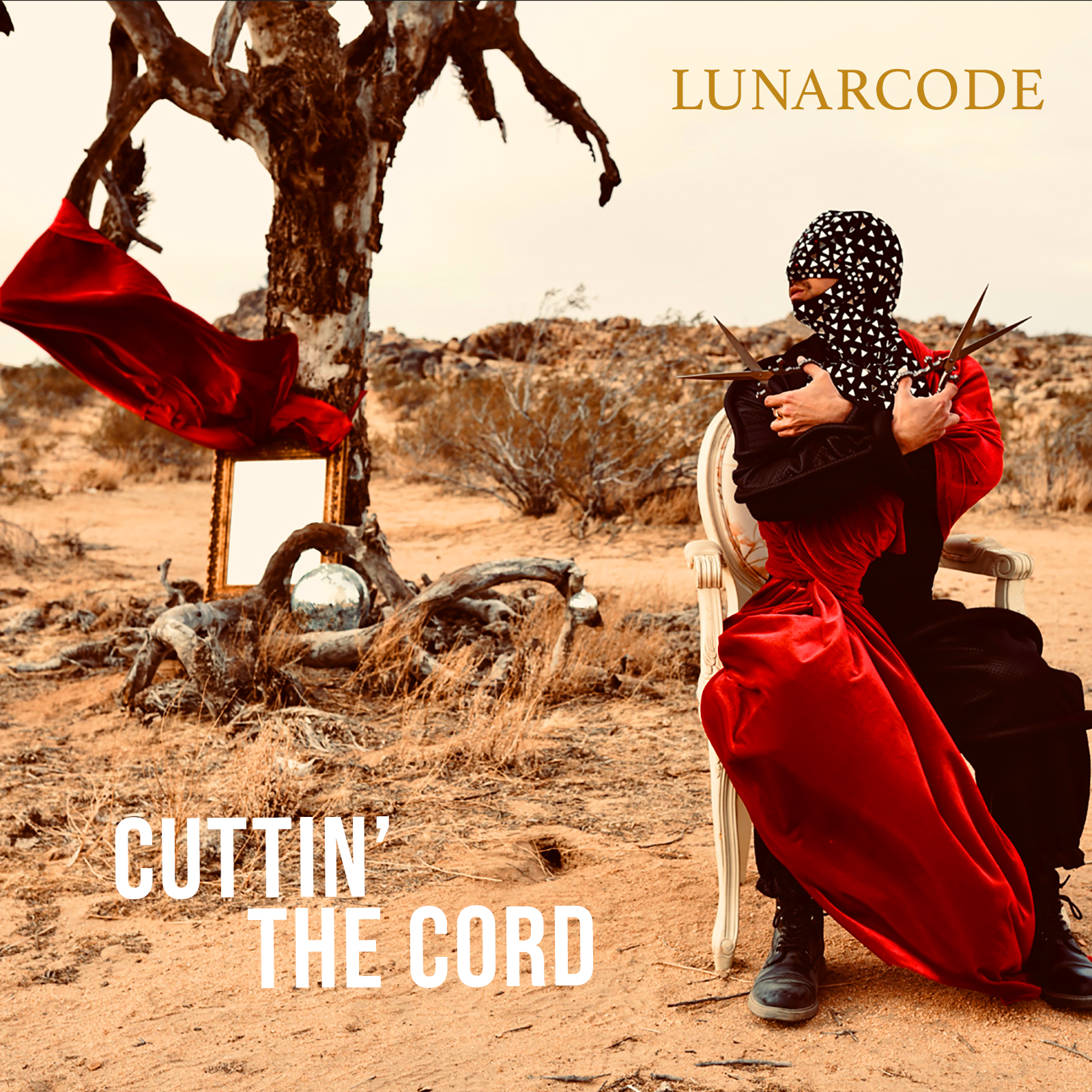 The head of music at londonfm.digital said he loved the big and well produced new single ‘Cutting the Cord’ from ‘ Lunarcode ‘ with it’s cool rock groove and funky riffs that are danceable and uplifting, with strong melodic vocals and great screeching guitar riffs it rocks with a pop edge. The single is bang up to date with a classic sounding sheen and lovely energetic funky melody all the way through. It’s now on the daily playlist and will be played 2-3 times a day in general rotation + as a powerplay at 6:35 UK time daily for a month.

Lunarcode was formed in the summer of 2020 during the Covid-19 pandemic between guitarist Ronny Minuche, Vocalist and Lyricist Vincenzo Carubia, and drummer Jason Booth. Together they built a sound that is both fresh and original while also containing elements of nostalgia. Classic rock with a pop edge, you are sure to be singing along to these catchy tracks.
The band has to date recorded 7 tracks in the studio with producer Sahaj Ticotin of RA as well as producer Neil Engle. They have so far released 4 singles and 3 music videos and are currently in post production on their fourth music video for their most recent single “Hell is just a place”, a rock song with nostalgic classic rock vibes about narcissism.

Submitting to film festivals all over the world the band has won over 60 awards to date including Best Band in April and June through music video underground festival, and Artist Revelation of the month and Best Rock Band through the Tracks Music Awards for their single “Heartbreak”. They went on to win Best Music Video of the month from the Tracks music awards for their song “Parasite in August 2021. They have played on radio stations in various countries such as Sweden, Brazil, UK, and Ecuador.

Currently the band is endorsed by Orange Amps of the UK and has their first live performance at famous The Whiskey A Go Go in Hollywood, CA on January 7, 2022. They have enough material in the works for multiple albums and plan to begin touring this year. Their first album is due out early 2022 featuring 7 songs, three of which have yet to be released publicly.
Newest addition to the band is bass player Richard Smith. This bands Nostalgic infused Rock Euphoria of sound will have you singing the song to yourself all day.