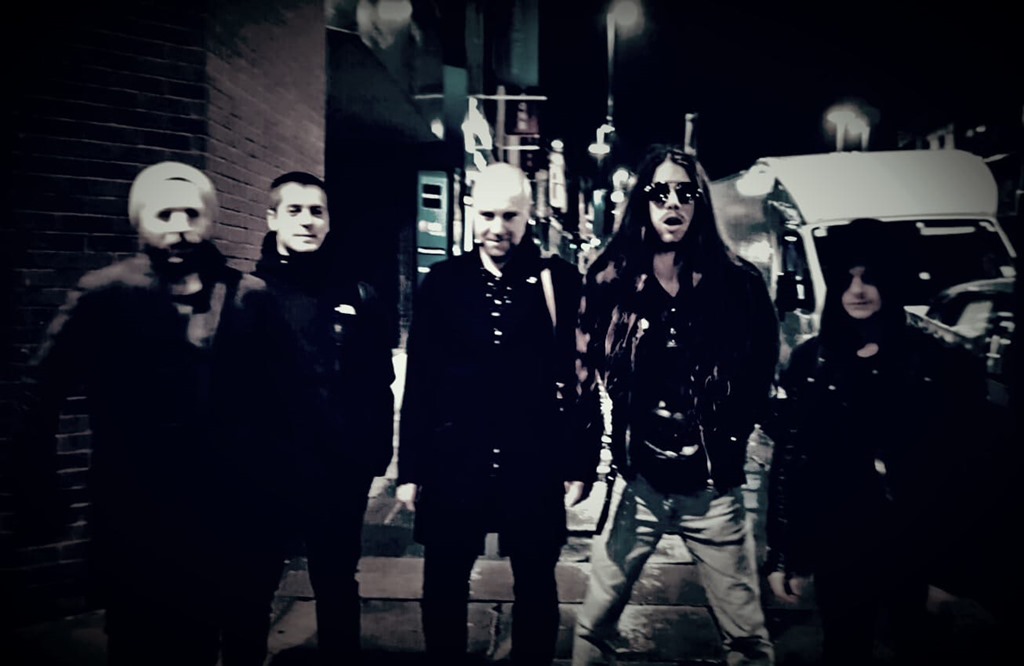 Last Victorian Death Squad are an alternative/Noise Pop outfit who spend their creative time between the UK, Sweden and Latvia.

LVDS deliver feedback drenched melodies surrounded by walls of distortion. Think  Jesus and Mary Chain, Ride, My Bloody Valentine and Oasis thrown in a blender with a handful of mdma.

Last Victorian Death Squad have been purveyors of violent noise and blissful melodies since they formed in 2017 and consists of b – vox x – lead guitar / noise s – guitar / noise  o  and bass g on drums.

The brand new E.P LVDS from Last Victorian Death Squad features tracks like ‘Blackout’ , ‘Alice’ and ‘Devils’ and was recorded and produced by LVDS at Sound Division Studios in Riga, latvia.

The release was engineered by Ivars Ozols and mixed at DC Studios in Barnsley UK by Jack Helliwell.

LVDS are influenced by a wide range of artists but declare in their own words “Wham ! and Australian caverncore band, Portal. That’s ultimately what it boils down to. It would be a bit boring to start listing all the bands in-between”.

When asked about their unique and truly creative sound and genre the band have stated in their manifesto that  “Popular music has become over sanitised. We live in a world where bands like Idles and The 1975 are touted as alternative when in reality they are about as edgy as satsuma. Loudly declaring that you are definitely not a racist (Danny Nedelko) or suggesting that someone’s haircut can help you identify their political beliefs or emotional state (Never Fight A Man…) feels about as far away from punk as its possible to get. And as for the privileged son of 2 famous thespians glorifying his sojourn in to the world of opiate addiction… the Ricky Gervaise term “useless junky Hampstead cunt’ comes to mind. LVDS come from a different place. We don’t expect anyone to feel comfortable with what we do. Forthcoming single ‘Blackout’ sounds like a panic attack on the edge of an erupting Volcano. A desperate cry for help in the midst of despair and withdrawal. It’s probably not going to make it on to the Radio 1 A list. We will leave that to Catflap and the Bottletops or whatever the chuff they are called.

The Brand new E.P LVDS from Last Victorian Death Squad is out now on all Good digital platforms.