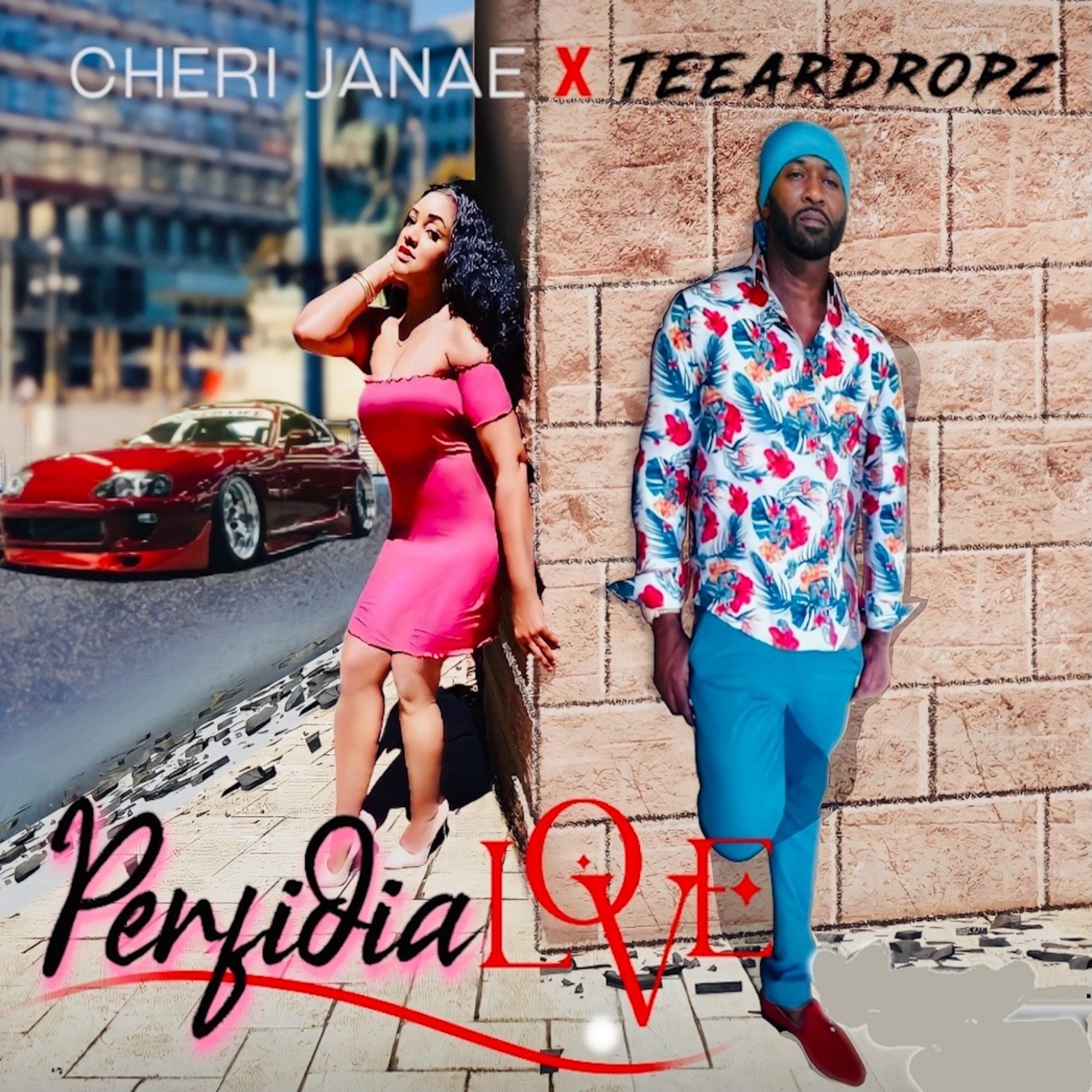 Cheri fuses R&B, Hip Hop, Reggae, Latin, and Dance music with a 4.5-octave vocal range as demonstrated in the new hit single, and along with rising reggae/reggaeton star Teeardropz, the duo mentally transport one back to the early years of true reggae music. Off his current hit song, “Wake Up List”, on the “Satta Massagana Rebirth Riddim”, Teeardropz brings a complementary push with Cheri similar to Sean Paul and Sasha’s hit song “I’m Still In Love ”. There have been massive requests for the audio of the song from both Reggae, Latin and Urban disk jockeys globally.

Only the most talented artists can perform and write their lyrics across different genres without losing the calibre of how they were trained musically. Cheri clearly has that capability to focus and engulf the genre of music she is placed in during her production which will place her in a unique position to bless her fans with warmth and love through her voice. Her past performances include venues of all sizes in the Chicagoland region as well as outlying cities in the midwest including Milwaukee and Indianapolis and in such venues as The House of Blues, Hollywood Aurora Casino, the International Music Festival Chicago, Clear Channel Summer Block Party, and even an ESPN Boxing Match to name a few. She has written pre-productions with Panther and Individualz of Swizz Beats‘ production team featuring VH1’s reality star and hip-hop singer Ray J as well as Will Jordan, the writer of Nicki Minaj and Rihanna’s hit song “Fly”. After scoring a finalist in the NBC show “Fame”, as well as in the mini-stage production of Spike Lee’s film “School Daze ”, she was casted in a co-starring role in a TV pilot produced by Mike Merrill for That Common Production. She vocally crafted her career at open mics, music festivals, as a performer at the House of Blues, and a Sony BMG music showcase at Chicago’s most famous Nightclub Excalibur, which she realized were pivotal in her career.

Not only is she trained in the classics vocally, such as Mozart and Gerswhin, but Cheri Janae began to open up her repertoire while in college. Today, even though she is a comfortable writer and vocal artist in the genre of Pop and R&B music in the music community, Cheri has experimented with different musical genres to help the growth in her career as seen with her previous release of “Rewind” featuring Solid Shane, a local Chicago caribbean producer in 2018. The song was remastered and re-released in 2020, by Manatee Records with a more club-like caliber of the single resulting in the remixed version to also be heavily favored by her fans. “Rewind” has garnered her Itunes and Billboard Chart placements for her efforts. The recent digital release of the current song “Perfidia Love”, also on the Manatee Records imprint along with Jamaican rising reggae star Teeardropz, has placed Cheri as a true contender in the genre of reggae and world music despite her upbringing of being the classical singer of RnB and Pop music. Cheri Janae looks forward to her journey in music and entertainment and hopes to inspire others through her story of love, loss, faith, hope, and courage.

Cheri Shannon aka Cheri Janae, receives much crowd applause whenever she performs on stage as a singer and songwriter from Chicago. The early years were of trial and perseverance but Cheri is not only talented but has a heart made of the elements that others spend a lifetime to achieve. She has grown within as well as externally to provide the confidence that now radiates with her smile and interactions with her fans. She is the boss lady on stage. Today she is a comfortable writer and vocal artist in the genre of Pop and R&B music in the music community.

Cheri fuses R&B, Hip Hop, Reggae, Latin, and Dance music with a 4.5-octave vocal range. She received airplay on college radio stations and weekend radio mix shows for several of her early songs including “How Wud U Like” and “I Can Love You” before the digital music trend. A few of her influences include Mariah Carey, Adele, Sade and Whitney Houston. When asked during an interview at the Sony BMG showcase to describe what is her greatest strengths she replied as an artist, “I’m the artist who brings the fun back in music through storytelling, fashion, and rhythmic melodies like a modern-day Diana Ross or Donna Summer.”

Her first digital single release, “Rewind” in 2018 was aired in many commercials as well as Internet radio stations but her fans wanted more and many fans asked for a reggae “Rewind Remix” remix to the song which she delivered to her fans in 2020. The song received global airplays with the affiliation with Manatee Records, one of Reggae music’s accomplished record labels globally.

The newly released digital single “Perfidia Love” demonstrates her love for her craft and vocal style in which Manatee Records produced the current reggae track which brings back the real reggae feeling like the 70’s and 80’s. Along with rising reggae/reggaeton star Teeardropz, the duo gives a powerful effort bringing the song to life. Off his hit song “Wake Up List”, Teeardropz brings the power push with Cheri similar to Sean Paul and Sasha’s song “I’m Still In Love ” with massive requests from both reggae and urban disk jockeys. Cheri Janae looks forward to her journey in music and entertainment in hopes to inspire others through her story of love, loss, faith, courage, and hope.