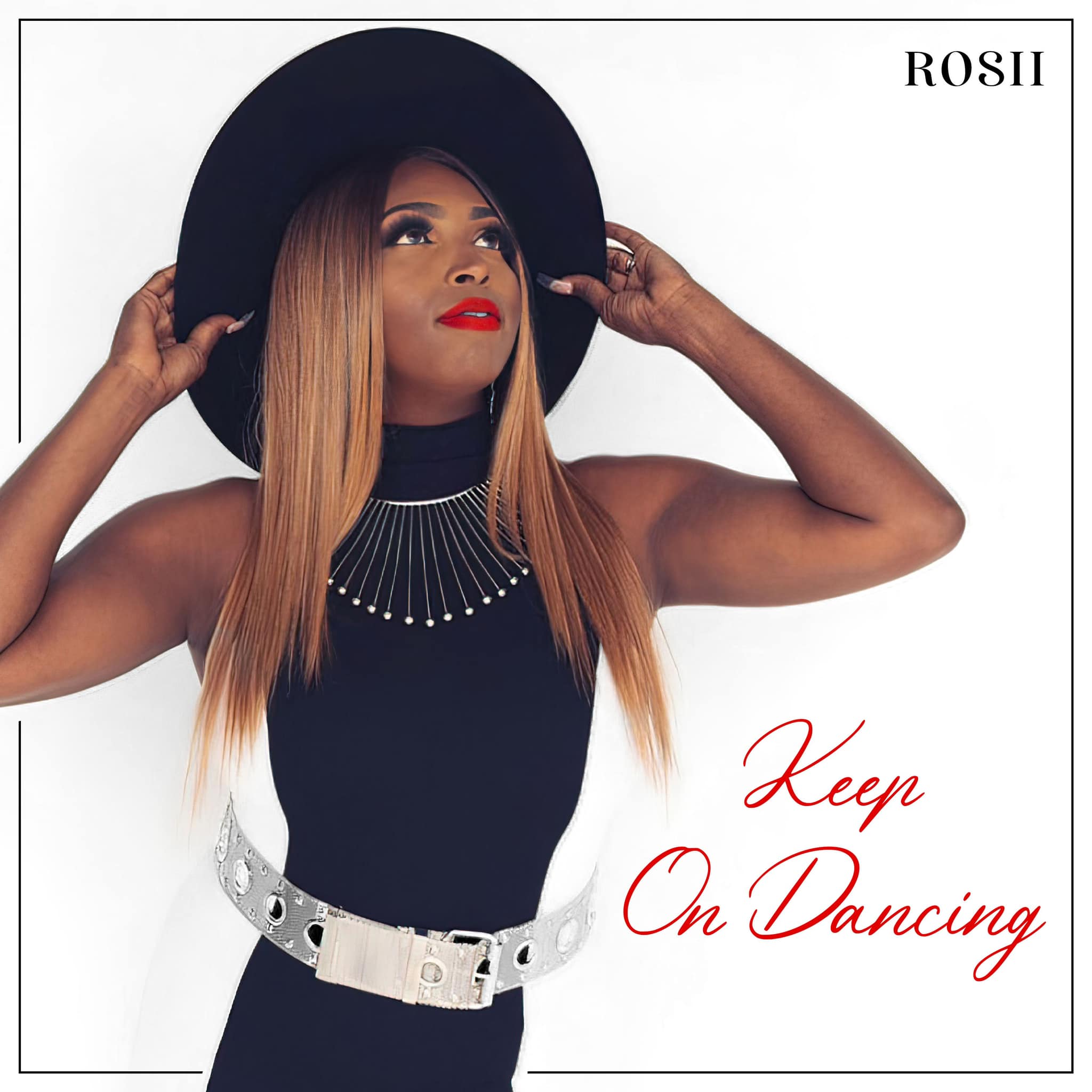 The head of music for londonfm.digital said that he loved the new single ‘Keep on Dancin’ from ROSII with it’s smooth, dreamy, house pop production, that has a groovy 90’s vibe, perfect pop sensibility and soulful vocals that stick in your head, over synth bleeps that are funky and out of this world. Let the music move your body, move your soul. This banger is going on the London FM digital playlist, and will be played 2-3 times a day in general rotation + as a special powerplay at approx 8:45 PM for a month or more, enjoy this groovy gem.

On the industry by sheer faith and force, Mi’chel Rose (formerly known as “Barbie Z Blacc” NOW known as “ROSII) is a force to be reckoned with. Possessing a powerful voice and a definitive sound, she consistently delivers soul-stirring performances that captivate audiences worldwide. Growing up on the Southside of Houston, Texas, raised by her grandparents, Mi’chel began singing in the church’s adult choir at the tender age of 5. Mi’chel’s first music teacher saw the budding stars’ talent and gave her a lead role where she debuted her acting, singing, and dancing gifts.

Motivated by Tina Turner, Whitney Houston and Michael Jackson’s musical influences, she began writing her music at age 9, recording by the age of 12, and organizing her dance teams and singing groups throughout her years from elementary to college. Mi’chel graduated early at 16 with a scholarship in Theatre Arts. She started singing at local and surrounding bars at 17-years-old as a protege of Cecil Shaw. Mi’chel gained the moniker “The Queen of the Stage.”

Shaw is best known for his work with industry-heavyweights such as The Delfonics, The 5th Dimensions, Ray Charles and Gladys Knight. Mi’chel and Cecil teamed up for exclusive events across the country. Her top performances include President Barack Obama’s second Inaugural Ball, where she shared the stage with Charlie Pride, Mark Chestnutt and Archie Bell. She built her fan base by consistently delivering sophistication, class, high-energy, a commanding stage presence and entertainment value, akin to a modern-day Tina Turner, that leaves every audience wanting more.

After years of countless performances and three singles released, Mi’chel teamed up with her now-husband. Billboard music producer Anthony Johnson, a Detroit-native and CEO of AmjMuzicEnt, worked with Ne-Yo and K-Ci & JoJo. Together the duo released several hits in genres from R&B, Hip-Hop, Pop, and now finding a home in the EDM community, dropping her newest hot single, “321” Under the duos record label, Iconix Records.

GRUNGECAKE and Singers-room featured Mi’chel Rose on its pages. With the assistance and guidance of celebrity publicist/guru Richardine Bartee, the Queen of the Stage has a new project dropping in late 2022.

When not on stage or in the booth, Mi’chel uses her voice and influence to help other artist and creatives get heard on Iconix Radio where she also partnered up with her husband and producer Anthony Mr.Iconix Johnson where they started the company back in 2021. In less than a year the 2 have went on to create and launch the Iconix Music Festival with over 800 attendees and 25 Artist performing With Mi’Chel Rose now “Rosii” hosting and Headlining in the same night . You can catch a lot of her interviews and work at www.iconixradio.com and on YouTube at Iconix Radio . Mi’Chel Rose will be featured in the and coming movie “10 Reasons Why Men Cheat “Set to be released in March 2023 where she will be a supporting actress, Performing her single Drinks on Me in the film and so much more. Be on the look out for this triple threat , entrepreneur and New EDM sensation Rosii.