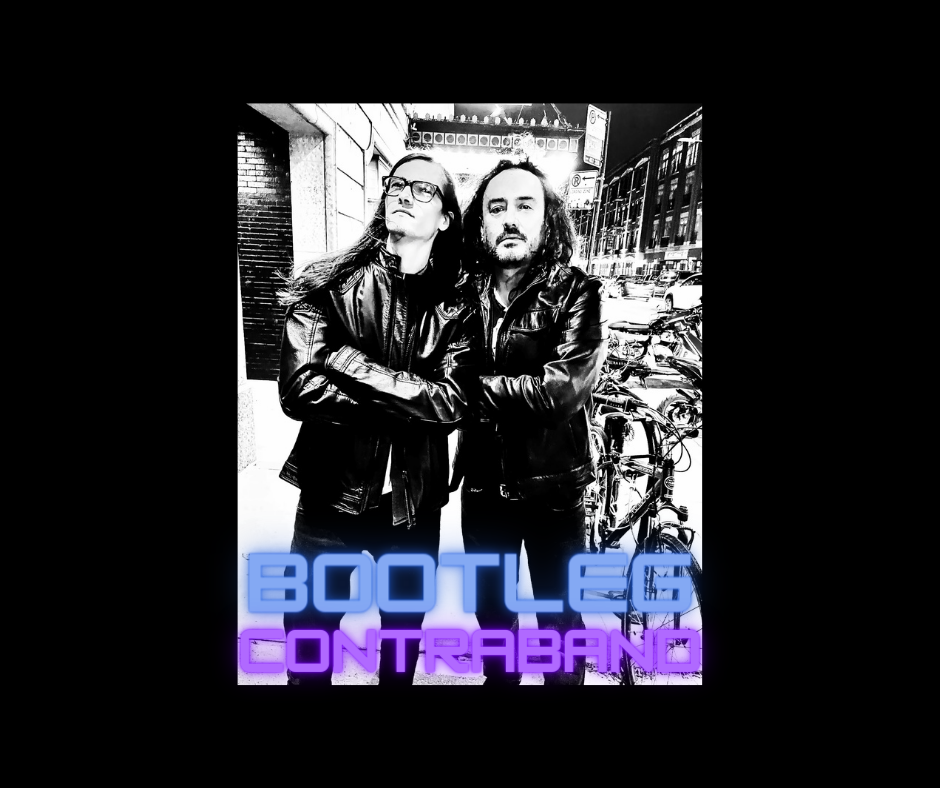 The head of music for londonfm.digital said he loved the new single ‘Ohne Titel’ from ‘Bootleg Contraband‘ with it’s shimmering synths, solid beats, electronic soundscape, lush pads and excellent dreamy production. The single builds with a spacey atmosphere that reminds us of Kraftwerk doing modern house meets techno, as this fantastic single gets you grooving on a cool, classy, sleek and sophisticated dancefloor. The single is now on the playlist and will be played 2-3 times a day in general rotation + as a special daily powerplay at approx 4 PM UK time for a month or more.

Exploring the boundaries and dissolution of these boundaries between time & culture, digital & analog, real & virtual, electronic duo Bootleg Contraband unveil their debut album. Growing from the roots of house music, ‘I/O’ branches out into techno, electro, latin, and minimal. The duo took inspiration from their collective pasts, delving into their heritage, life experiences and feelings towards modern society. Bootleg Contraband describes the writing and recording process as very
collaborative, “We both meddle with every aspect of what we do,” explains Sceelo. Explaining the sometimes complex nature of the songs on the album, Trager says “The main goal of each song was not exactly to make it a “song,” but to explore the depth of an idea to the end of the rabbit hole.” Capturing a feeling of nostalgia that is both retrospective and bundled up with optimism and curiosity for the future, ‘I/ O’ delivers a confidently unique sound, and is sure to shine bright.

“We were working feverishly on the record for a solid 18 months, all during Covid, and I felt as if we were firing on all cylinders. I felt sparks of electric energy while working on this in the studio. The idea that we were releasing pent up energy through music is probably the portrayal the record emits.” – Sceelo

“We wanted to capture both a sense of nostalgia for our experiences but also a
feeling of curiosity & hope for what is next to come.” – Trager

Bootleg Contraband is the production team of Trager & Sceelo. Cason Trager and Lou Sceelo met by mere coincidence at Guitar Center in Chicago in the spring of 2019 and the two struck up a friendship around music. Trager later helped Sceelo set up his studio, shortly thereafter they began collaborating on sessions and Bootleg Contraband was born in the fall of that year. The duo released their first single “What Is This?!” on December 29, 2019 on Section Eight Music. Then COVID hit with a left hook and the world stood still. During this downtime the duo released a string of singles, including some remixes by the likes of R34L, Josh Fina, and Mark Pistel. In November of 2021 the band released ‘The Singles’, a compilation of all 13 singles. Hot on the heels of that compilation is the band’s proper full-length debut ‘I/O’ out now on Section Eight Music. Proving that they are not a novice act, Bootleg delivers a debut worthy of critical praise. The sonic textures and deep-driving beats peppered throughout this record is music design
done right.