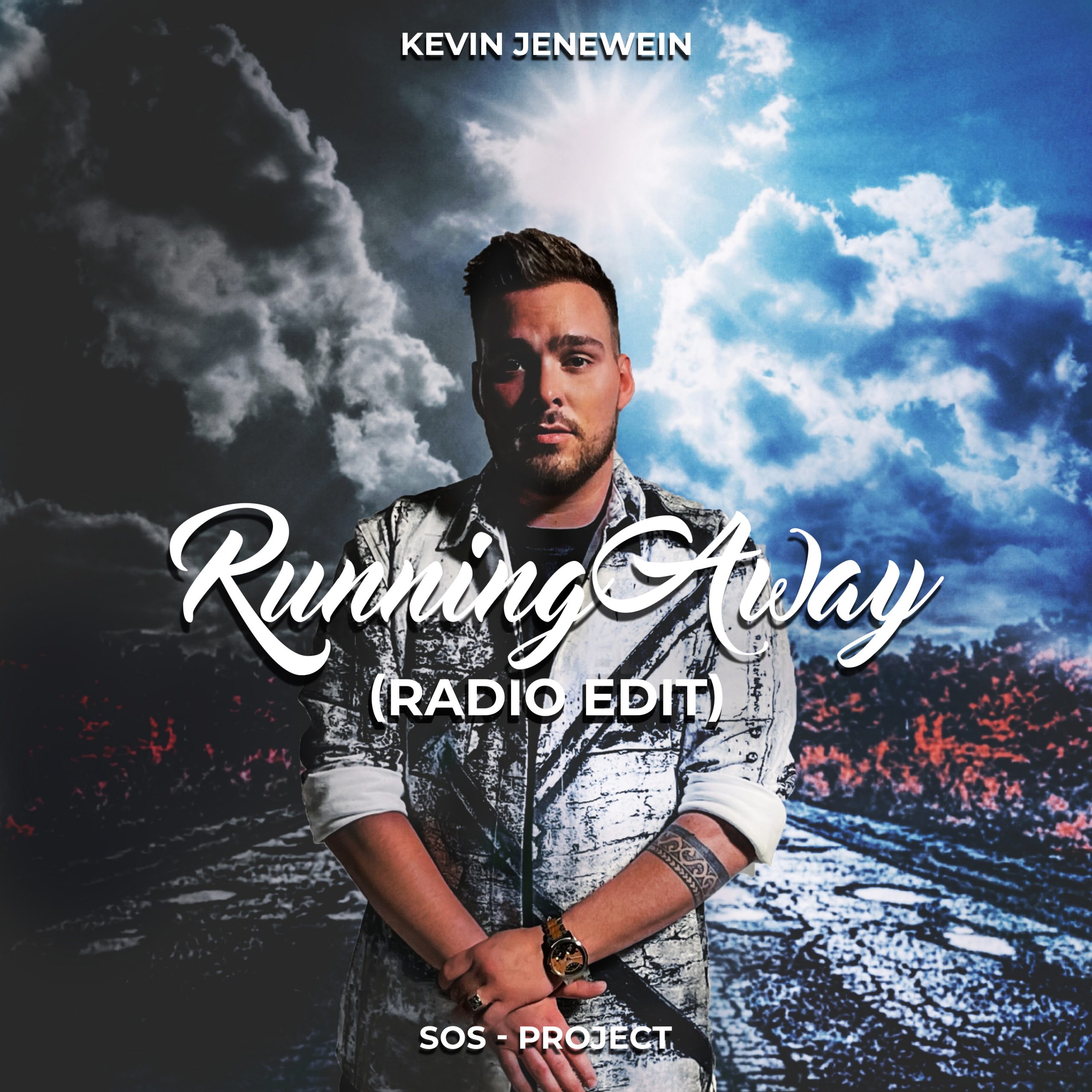 The head of music for londonfm.digital said he loved the new single ‘Running Away’ from ‘SOS Project‘ feat ‘Kevin Jenewein’ with it’s perfect modern pop production, melodic and catchy heartfelt vocals and warm, uplifting soulful pop vibes, that get you singing along and dancing all night long, to it’s classy modern pop feel and touching hands in the air melody. The single is now on the playlist daily and will be played 2-3 times a day in general rotation + as a daily powerplay at approx 2:45 PM UK time for a month or more.

“The song ‘Running Away’, produced by the SOS Project and sung by Kevin Jenewein, is in the broadest sense about overcoming limits, not letting anyone get you down, and running away from familiar patterns and situations in which you are caught by external or wrong influences. A new beginning or a new start for life is necessary for all of us, especially after the severe pandemic. The song should be a contribution to a happy, satisfied restart for re-socialisation and should spread a good mood, courage, and strength.” – Kevin Jenewein & SOS Project

After releasing his two hits “Hurricane” and “Body Languages” he accumulated nearly 5,4 million streams for 5 songs on Spotify with close to 45k monthly listeners. He is considered as one of the best growing pop German singers of his generation. Thanks to its summer vibes and lyrics full of hope and motivation “Running Away” is an ode for a great future away from the mistakes from the past. It will surely be the original summer soundtrack for people that want to free themselves and live the life that they want.

Kevin Jenewein is a 28-year-old German pop singer born in Sulzbach, Germany. He didn’t start his professional music career early. In fact, before that, he successfully obtained his carpentry diploma. Still during that he participated in the 10th and 17th season of RTL’s “Deutschland sucht den Superstar”. He attained the top 20 in both of them but he retired from the competition before the live shows. Then, in 2021, he reached the third place of RTL’s “Deutschland sucht den Superstar” with his cover of “Right Here Waiting” and his single “Hurricane”.

SOS Project is the stage name of the DJ and music producer duo Sven Schmitt and Sascha Twesten. The two DJs became popular and favoured for collaborations on productions and events from 0 to 100 in 2017, after they had released their joint song “Fiesta” with US star Dante Thomas (made famous in the 2000s by Miss California). The track reached numerous chart positions on national and international radio charts. Wanting to modernise the song completely in order to spin the wheel of success further, the duo took the hit offline, apart from the successful remix. In 2018 & 2020 they managed a successful collab with the singer Angel Flukes from Great Britain (winner of the German RTL “Supertalent” competition) for the new production called “Magic”, whose voice was exceptionally suitable for the song.