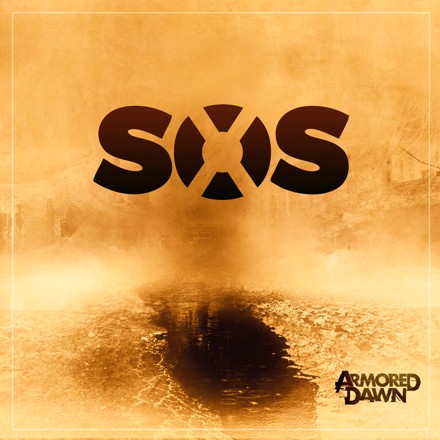 The head of music for londonfm.digital said he loved the new single ‘S.O.S’ from ‘Armored Dawn’ with it’s powerful, pounding, rocking and melodic production, strong anthemic haunting vocals, overall epic wall of sound production and sonic cinematic guitars, this rocks with pure energy. The single is now on the playlist and will be played 2-3 times a day + as a special powerplay at approx 8:15 PM UK time for a month.

The Brazilian band Armored Dawn resumes activities with the newest single “S.O.S.”. Written by Carolina Angeli and the group’s ex-drummer, Rodrigo Oliveira, the song portrays the feelings of a person with depression, who wants to be alone and reclusive with their pains and thoughts, believing that no one will ever understand his/her feelings or what is happening to his/her.

Mixed by Chris Lord Alge (Muse, Green Day, Nickelback) and mastered by Ted Jensen (Bring Me The Horizon, Evanescence, Metallica), the single shows a great evolution in the band’s sound. The composition, while bringing the characteristic identity that marked the sound of Armored Dawn, expands horizons and will surprise those who still don’t know the band’s work. “S.O.S.” is available on digital platforms from July 22nd in partnership with Outono Music, a label specializing in rock and metal, distributed by Universal Music.

The music video for “S.O.S.” has a super production, as is the tradition of Armored Dawn, directed by Kahue Rozzi, from SimonSays Filmes. The video shows the meeting of different facets and personalities and the inner child of this lonely and depressive character, who is both the heroine and the villain of her own story.