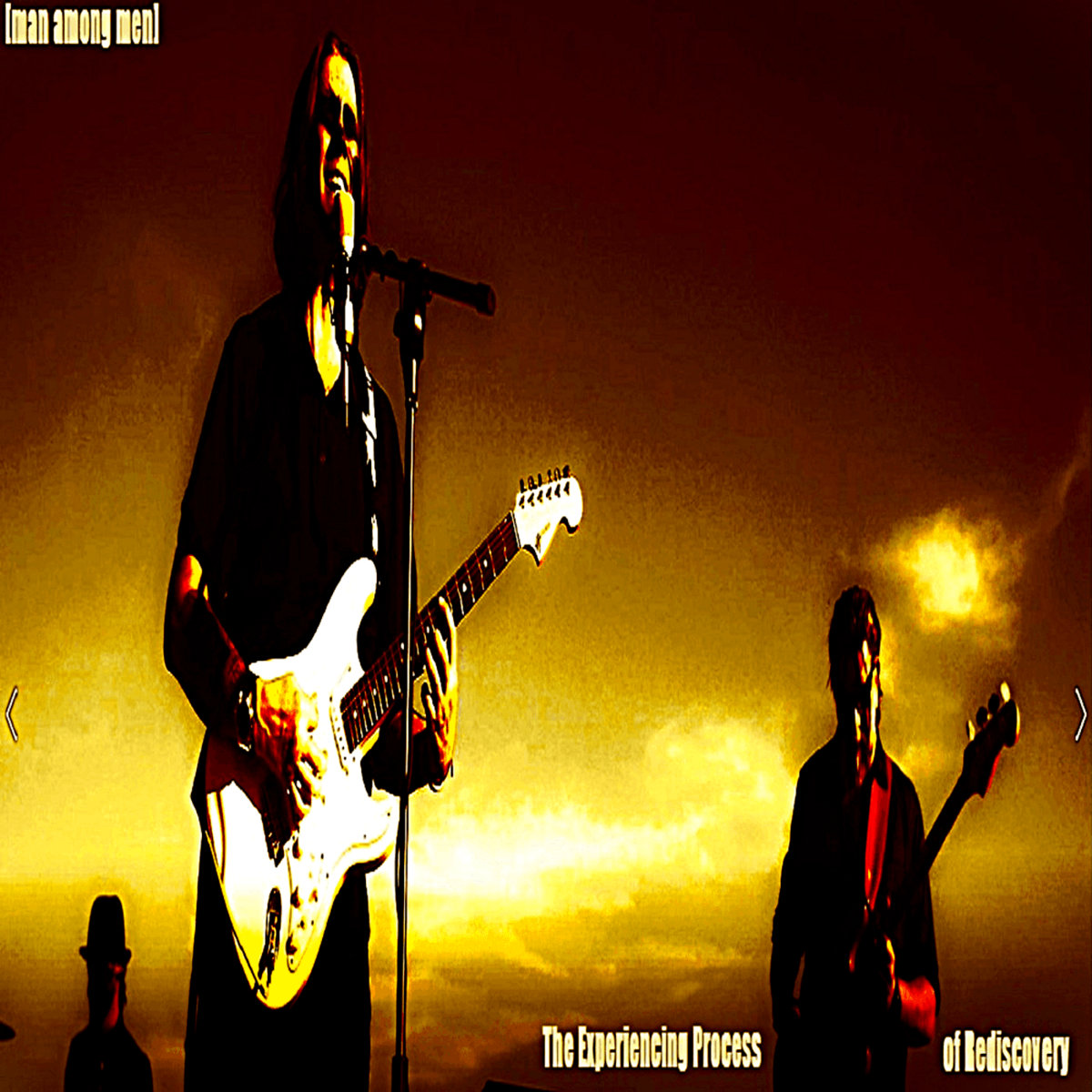 The head of music for londonfm.digital said that he loved the new single ‘The Distance’ from ‘Man Among Men’ with it’s dreamy, ethereal, epic and majestic alternative rock production, strong distinctive vocals and overall heartfelt vibe, that touches the soul and gets the hairs standing up on your arms. This is a strong, dark and atmospheric single that has a stadium rock sound that reminds us of seminal acts like Sisters of Mercy and Fields of the Nephilim. For that reason, we have put it on the daily playlist and it will be played 2-3 times a day in general rotation + as a special powerplay at approx 5:35 PM UK time for a month or more.

Comprised of the talents of Kerry Valentine Smith, singer/songwriter & lyricist for man among men, who was fortunate enough to be joined by Chris Knocke, formerly of Lemon Krayola on six-string fretless bass guitar, Chris Peeler of Fred Green & formerly of Fata Morgana & GOZ, on traditional acoustic drums, who helped KV to begin this experimental venture all tuned at A432HZ as opposed to A440HZ on True Temperament & Fretless guitars & bass as opposed to Equal Temperament.

Now fast forward to the new present line up with none other than Benjamin Gilley, formerly of Fred Green & the star of Ben Gilley Music on fretless bass and soon six-string true temperament! As well as joining the ranks now is none other than Clancy McCarthy, formerly of the Lynch Mob, Dislocated Styles, Bionic Jive & oil, on drums. Michael ”Biggs” Wolff of Images of Eden on True Temperament guitars.

Known for their powerful musicality, they’re grateful to have had their music played internationally on radio stations and to have garnered a steadily growing fanbase from all across the planet.

Production for man among men is led by K Valentine & Larry Elyea at the helm as Master Recording Engineer and Production.

Talking about the release, Man Among Men says “The hardest song I ever wrote & will probably be the most difficult to perform LIVE performances… I wrote the lyrics after my mother passed the same year after my daughter went missing”.