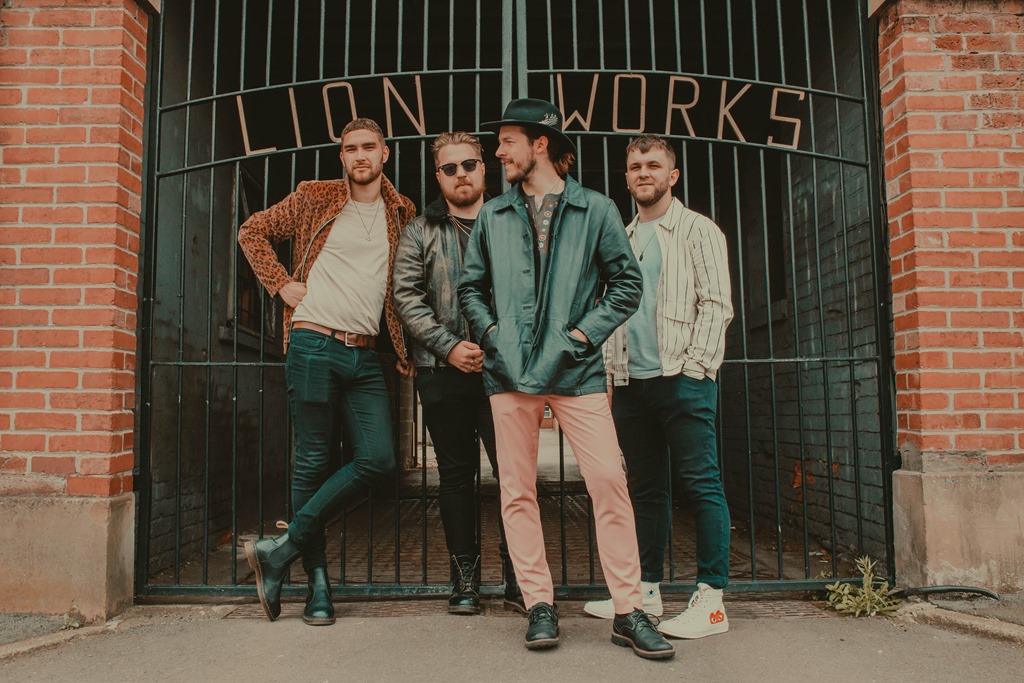 BAD LUV are an alternative pop rock band who were born and raised in Barnsley, England.

BAD LUV were officially formed in late 2018 after a number of years of finding out what it meant to play in a room together. They recently announced that “We were seeking to sound different to what our ears had become numb to. Something to latch onto  to sink our teeth into and so we arrived at a blend of Alternative Pop Rock tunes filled with attitude. We hope to bring joy, bad dance moves and maybe just a little bit of thought provoking to who ever will pay us the honour of listening to our music”

The debut EP from BAD LUV was produced by James Pinder and recorded at Tree House Studios, known for producing world famous records from global bands like While She Sleeps, Bullet For My Valentine and Slipknot.

Though they share little to no similarities to those powerhouses of modern rock music, that same attitude pours through the desk at Tree House Studios and into the very fabric of BAD LUVs music.

Drawing influences from Queens of the stone age, Nothing but Thieves and Foals, the band said “Those are three bands we certainly look up to creatively, they’re the standard of rock music right now to us really. Whether you can hear their influence in the music however I’m not sure, maybe you can, maybe you can’t, but it’s definitely there and we don’t shy away from it”

After a sell out debut headline show, and a few supporting roles around Sheffield supporting the likes of Liberty Ship and Sheafs. They’re set to bring out their biggest single yet “Liquid Love”.

Talking about the song BAD LUV stated that “The song in essence details the unhealthy relationship the north has with alcohol consumption, its etched into the DNA of every Northerner. There’s nothing a drink can’t solve right?”

It was important to them that ‘Liquid Love’ came across as a desperate love song.

The bridge details this moment of clarity, a much older alternate version of themselves looking back at their lives, a reality where music never quite worked out. They’re sat in the same local pub, wondering where all those years went, they spent chasing gold.

The brand new single from BAD LUV is entitled ‘Liquid Love’ and is out on all global digital retailers on 15 November 2019.

‘Bad Luv’ will be supporting Corella in Sheffield at Record Junkie on 6th of December, promoted by Scruff of the Neck.  Tickets available online and follow the band on their socials for more info!”