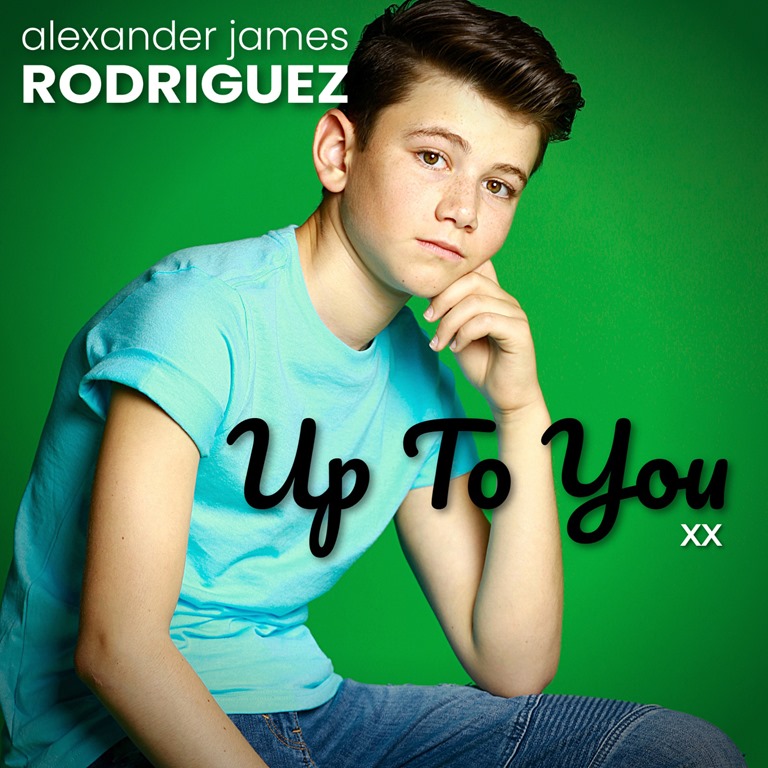 ON THE LONDONFM.DIGITAL PLAYLIST NOW

English voice-over actor Alexander James (AJ) Rodriguez has released his third single ‘Up To You’. The inspirational and moving pop song was recorded in North Hollywood during COVID-19 lockdowns in May.

The lyrics are full of optimism and are set to ignite the champion within during any personal challenge.

“Up To You’ was always written to help and inspire people during challenging times,” said Rodriguez. “My first song ‘My Crew’ is about friendships, my second ‘Your Smile’ is about a girl’s smile, and ‘Up To You’ is about us all and how we are each a champion in our own way. I hope people hear this song and feel stronger and hopeful for a brighter future. We have had a relentless 2020 so far, things can only get better.”

Written by Alex Jacke and Liz Rodriguez, ‘Up To You’ was produced by seasoned record producer Laney Stewart and is the third song release from AJ.

The teen, who is also an actor and voice over artist, has a further three records penned for later this year, as well as a special charity-driven Holiday song being released on November 20th, on World Children’s Day.

‘Up To You’ from ‘Alexander James Rodriguez’ is currently out and available for download on iTunes and all digital streaming platforms including Apple Music, Spotify, Amazon Music, YouTube Music, TikTok, Pandora, DEEZER and more!