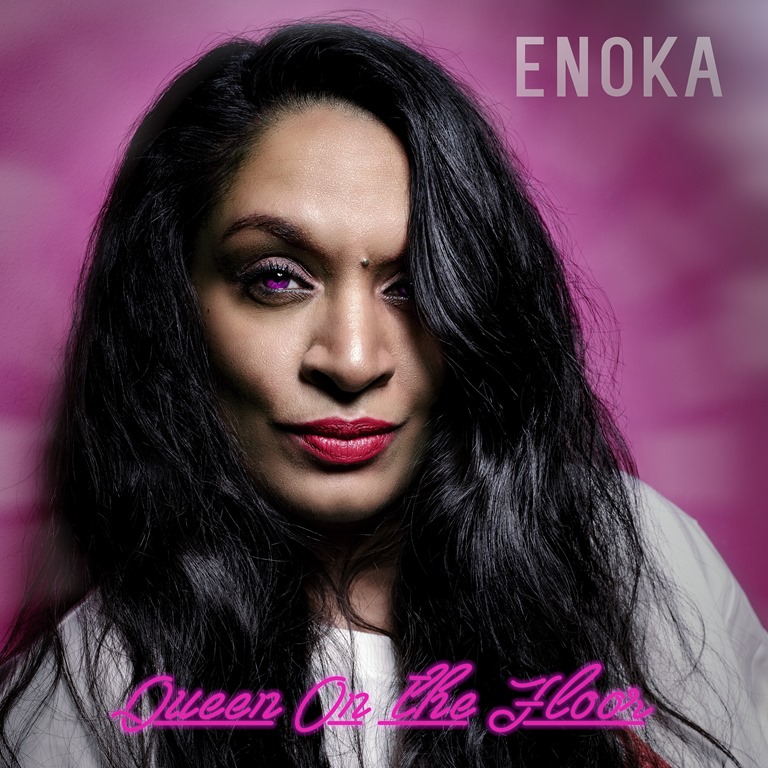 Enoka is a Swedish solo and background singer and have done demos for artist for years.

ENOKA and her voice have been on tracks for artist like Arash, Gunter, popstar singer Margaret from Poland, Bobby Farrell from Boney M, and many other Swedish artist´s tracks like John Lundvik who won the Swedish Eurovison Song Contest 2019, to Loulou Lamott who is one of the singers in The MAMAS that’s representing Sweden at the Eurovision 2020.

She´s been doing background vocals live at Eurovision Song Contest in the Globe Arena and also on backtracks in this competition.

Enoka and Tomas Cederholm wrote QUEEN ON THE FLOOR together. They know each other as musician in the past but have never worked together in the studio before. Andreas Stone, a producer and songwriter put them together for a collaboration.

“WE BOTH LOVE THE SOUND OF THE 80s AND WE WANTED THIS TO BE A BIG PART OF THE SONG. WE FOUND THE VIBE QUICKLY AND FROM THERE, QUEEN ON THE FLOOR BECAME A SONG, THIS IS JUST WHAT A MUSIC COLLABORATION SHOULD BE ABOUT AND WE ARE SO EXITED TO SHARE THIS SONG WITH THE WORLD”

Enoka have also been working with the Swedish producers like Andreas Stone and Anderz Wrethov.

Andreas Stone is one of the CEO´of Hydra, a studio complex where Thomas Cederholm also has his studio. Both Andreas, Anderz and Tomas has sold over millions of copies and stream´s all over the world.

Anna Marie Enoka (born 10 December 1980) adopted from Sri Lanka and came to Sweden when she was 2 months. She grew up in Vellinge, a small suburb to Malmö, Sweden, where she still lives today.

Went to music high school at the age of 17 in Malmö.

Her passion has always being singing and performing live as well as in the studio. She has a good learning in how to sing different styles since a young age in the studio.