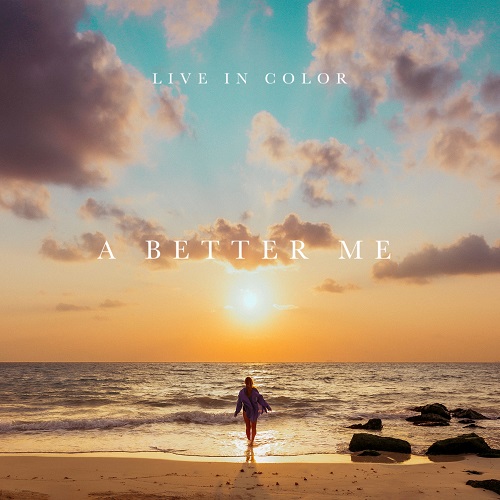 The head of music for londonfm.digital said that he loved the new single ‘A Better Me’ from ‘Live in Color‘ with it’s sweet melodic vocals, great pop sensibility, massive anthemic sing-a-long chorus and overall uplifting, positive and powerful production, this is massive and sounds like a big hit for 2023. This incredible new single is now on the daily londonfm.digital playlist and will be played throughout the day and night + as a special daily powerplay at approx 5:30 PM UK time every day for a month or more.

Live in Color is gearing up for the release of a new single titled “A Better Me.” This track serves as a great example of the band’s incredibly diverse sound. It combines the catchy energy of pop-rock with the warmth of modern country music, going for a diverse, yet familiar vibe.

The song kicks off with a bright and percussive acoustic guitar pattern, quickly paving the way to a modern sound, in which some ambient pads and electronic percussion join a great vocal performance; filled with heart and passion.

This is going to be right up your alley if you like the sound of artists such as Mumford & Sons, Francis Moon, Of Monsters and Men or Damien Rice, only to mention a few.

Find out more about Live in Color, and do not miss out on “A Better Me.” This release is going to be available on digital streaming 27 January 2023.

Live In Color is a Swedish pop/rock band from Jönköping, Sweden,formed in 2018. The band consists of the threebrothers Jesper, Anton andLinus, Tim and Melker. And to describe their music with one word?ADVENTURE! The sound is happy, emotional and dreamy and deliversthese feelings through playful guitars, catchy drumbeats, intense bassrhythms and existential lyricsaboutawareness,developmentandlove.Their first album,”One World”,was released in 2019 and two singlesfollowed the same year, ”You” and ”Catch the Feeling”. The latter wasthe official soundtrack for the European universities rowingchampionships. After releasing one album and two singles in one year theydecided to experiment a bit with the sound in the creation of their two newsongs, ”Stay” and ”Time”, which were released in 2021.