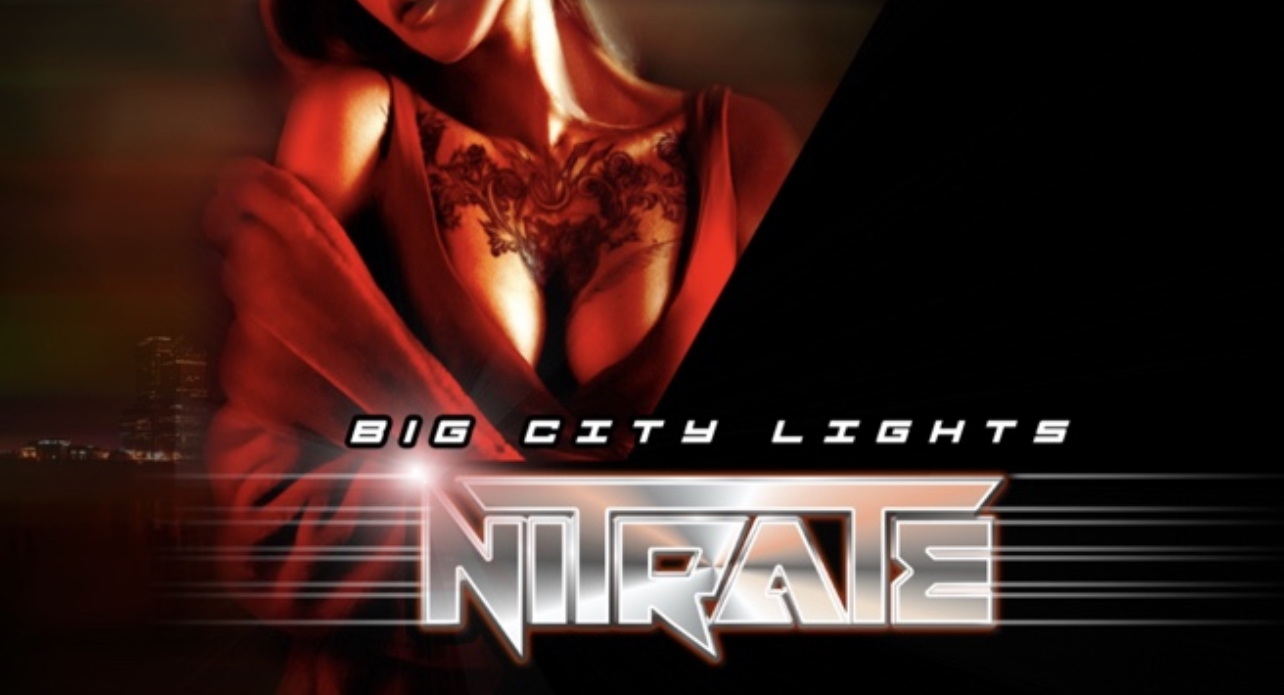 The head of music at londonfm.digital said the new single ‘Big City Lights’ from ‘Nitrate’ was uplifting, powerful and full of 80’s rock glam with big melodic vocals and great guitar work. The melody is infectious with an anthemic rock vibe that sticks in your head with a feelgood rock feeling that is refreshing, up to date but classic sounding and full of pure Pop Rock power. It’s now on the londonfm.digital daily playlist and will be played 2-3 times a day in general rotation + as a daily powerplay at approx 1:35 PM UK time for a month or more.

“Nitrate is back with their third album, ‘Renegade’, a follow on to their previous highly rated albums ‘Realworld’ in 2018 and ‘Openwide’ in 2019, which achieved great success. Inspired by the late ’80s rock scene with bands such as Def Leppard, Europe, Motley Crue, and Bon Jovi, Nitrate is the brainchild of songwriter Nick Hogg (bass guitar) from Nottingham, England. Nick has this time changed the line-up and enlisted Alexander Strandell (Art Nation) to take over on lead vocals and has teamed up with Tom and James Martin (Vega) and Mikey Wilson (Kimber) to produce an album that has been heavily influenced by Def Leppard’s ‘Hysteria’. With Tom Martin playing all the rhythm guitars and James Martin taking over on keyboards, the album delivers a more melodic/AOR feel than ever before. Renegade delivers 11 hook filled tracks with great melodies, walls of keyboards and backing vocals supplied by Alessandro Del Vecchio. Tracks were inspired from bands such as Def Leppard, Starship, Journey, Skid Row, and Roxette making for a true ’80s sound. Taking over on lead guitar is Dario Nikzad (Hell To Play).”