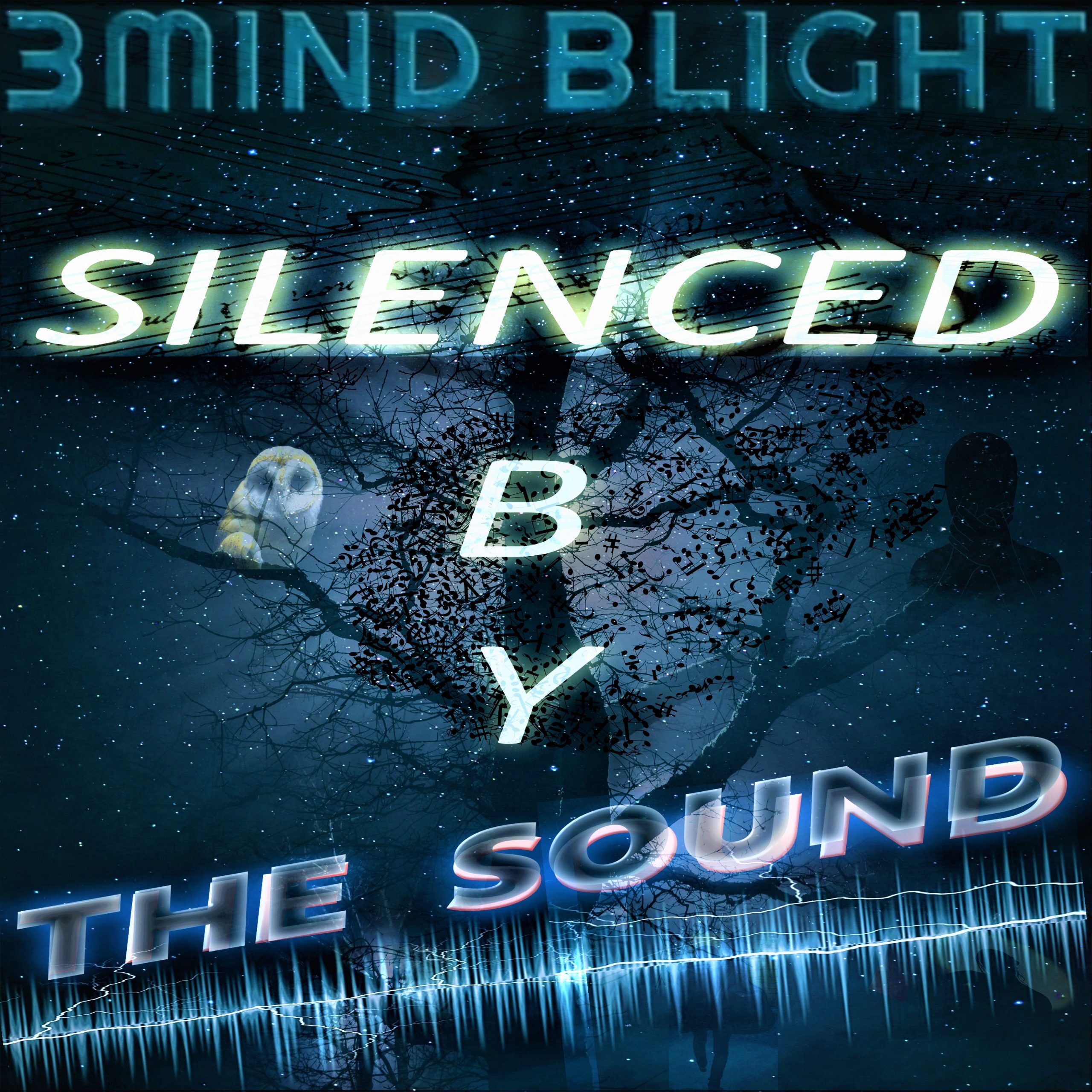 The head of music for londonfm.digital said he loved the new single ‘Silenced by the sound’ from ‘3 Mind Blight’ with it’s powerful and melodic alternative rock production and strong, deep and meaningful vocals over great dreamy dark edged guitar work and rhythm that blasts out of the speakers. The single is now on the daily playlist and will be played 2-3 times a day in general rotation + as a daily powrplay at approx 9:15 PM UK time for a month.

Hailing from Tulsa, Oklahoma. After 15 years experience as a music producer, 3Mind Blight embarked on a solo career in 2018. 3Mind Blight is an international award winning artist, musician, producer and songwriter in Metal, Rock, Orchestral, Hip-Hop, Rap, Pop, and Acoustic Singer Songwriter. Stylistically the genres change according to mood and often times several genres are blended.

Truthfully, with each release, 3Mind Blight gets better and better. The flows are sharper, the beats are smoother, and the narratives are smarter. There is a respectful toughness, yet sensible vulnerability about 3Mind Blight and it shines through with each release and that is why fans of this style of alternative urban rap, will love him.

3Mind Blight’s artistic demeanor shouldn’t come as a surprise. Judging by his musical catalog, he’d rather go deep on his themes, whether it’s ripping into societal hypocrisy, or intimately exploring personal issues and anecdotes.

There’s never anything gimmicky about 3Mind Blight’s music, he blends genres not to be cute but to serve the fistful of terrific songs he’s written up until now. Armed with an honest persona, creative song writing and an innate ability to capture ears and audiences, 3Mind Blight will leave an ear-tingling impression and stamp on the indie music world. That is why we give 5 out of 5 stars

A lot of artists will dabble in the conventions of other genres very sheepishly, and when they do, their lack of mastery at all of them, becomes easily apparent. But 3Mind Blight’s main strength is that he’s able to come off as amorphous as he builds his identity through the song – all at once, he’s a rapper, a rocker and a head-banger.

3Mind Blight’s sound drips with venomous energy. He raps and sings with a dexterous touch that breathes vibrant fire into even the quietest angles, packaging it within the mosh pit aesthetic. His wild brand of music will throw you for a loop on as it relentlessly chugs from section to section.

Out of the flock of new artists that have come out over the last couple of years, 3Mind Blight is the most unpredictable, and easily one of the most creative. He’s got a focused pen which is as raw and intense as he can be.

While the concept of confronting demons in music is not uncommon, 3Mind Blight’s performances alone makes his music compelling from start to finish. He uses his mesmerizing flows to poignantly articulate his frustrations. The beat transitions and dynamic instrumentation throughout the song make the instrumental as equally compelling as the verses.