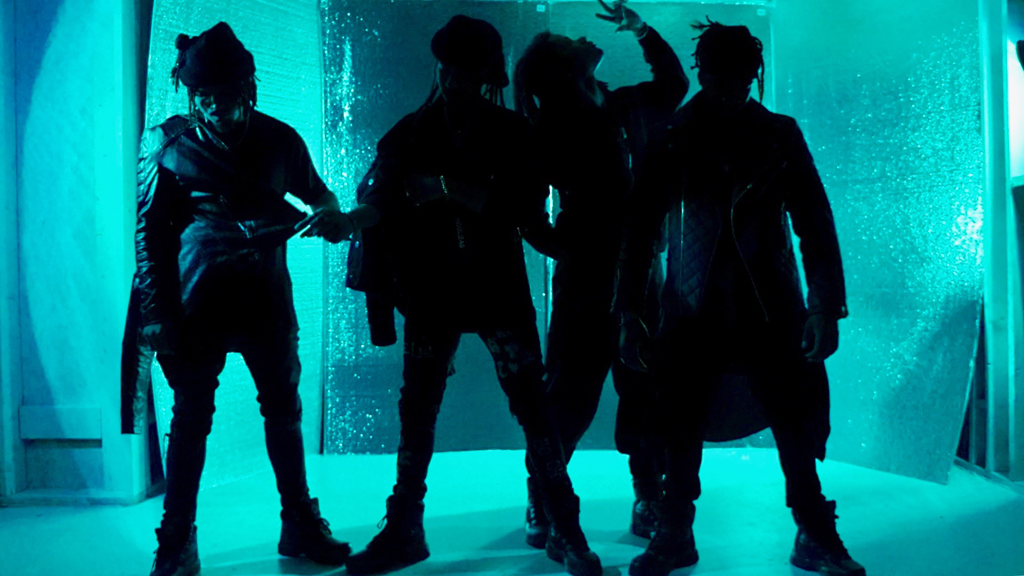 I.S.O the greatest group you’ve never seen, drops their debut single and video “Love You Down”. Inspired by their passion for music and an idea that it comes from the soul – the four man ensemble of very talented performers cultivated an idea to let the music speak for itself, by hiding their identities they give you an experience that leaves you wondering.

The talented four are very excited to hit the world stage introducing their magic to the global music landscape. This kind of magic can only be performed by the group known as – ISO.

The four came together recognizing that their collective backgrounds in acting, motion pictures, dance, martial arts and video production would make for an amazing mix of magical stage impact.

Some of Kisonova, Ra Ra, Macho and ‪Muse‘s musical and performing influence comes from such legendary names as ‪Michael Jackson, ‪James Brown, ‪Jackie Wilson and others.

“We’re hungry for the music,” states ISO. “Our parents encouraged us to do it.”

Developing a lane that’s all their own, ISO will truly be a force to follow and the trend setters for the next generation.

The Debut single from ISO is called “Love You Down” which is in release this Fall Season.