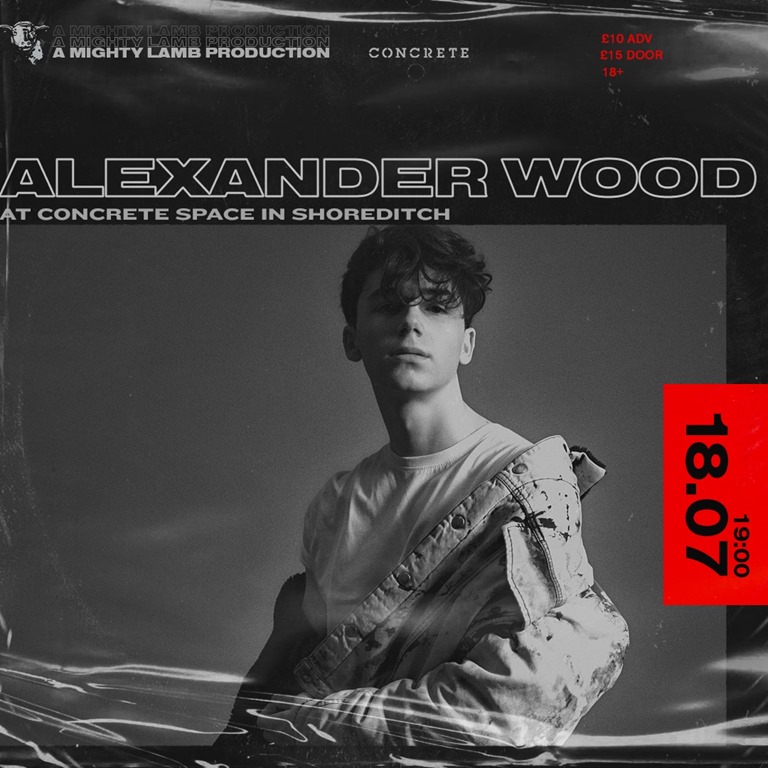 Alexander Wood is an exciting emerging talent in London. The French-American singer/songwriter and composer has been performing in Europe on stage and TV in productions like Grease, and is now working in London on the launch of his upcoming new single ‘1984’.

The forthcoming single ‘1984’ is preceded by a hot club remix from 220 KID and E.P full of deep house and synth-pop influences out now on UPL Music.

The 220 KID remix has recently charted at No 1 on the Kings of Spins worldwide Radio DJ Chart run by BBC Essential Mix and Cafe Del Mar creator, Eddie Gordon.

Alexander Wood has collaborated with A Mighty Lamb Production for a new live show with his band on 18 July at Concrete Space in Shoreditch London.

Alexander Wood, an 18 year old French-American singer, songwriter and composer, has always had an undeniable passion for music and the stage. At 18, he already has 8 years of experience and a multidisciplinary career:

In 2018 he released his first single, ‘Tell me Now’ that stormed up the official UK Music Week Commercial Pop Charts.